Rankings HQ Is Shutting Down 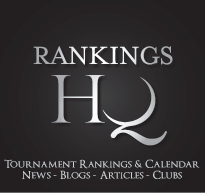 Just got the news via email that Rankings HQ is calling it quits due to funding issues.

It is with some regret that I am announcing the Rankings HQ miniature gaming rankings web site is shutting down.

As you know I made a public announcement recently that unless adequate funds could be raised I would be winding it up and despite some willing supporters out there at the end of the day not enough users were willing to part with $10 to keep the site going.

Thanks to those that supported!

I would like to take this opportunity to thank those of you that decided to support RHQ with a donation. I appreciate it.

As promised in my previous email all money will be refunded since I am shutting the site down.

I wish everyone the best in their gaming pursuits as I look forward to taking a break from running rankings, tournaments and masters events after 15 years! It has been a rewarding experience as well as a hard slog. :)

Andrew Galea
It's sad to see RHQ go. It was the first real attempt to produce a good player ranking site. Not just for 40K, but for Flames of War and other games.

Unfortunately, the 40K rankings were never all that reliable. Given that there was no official tournament format that everyone followed. So win/loss results got intermingled with battle-point events, and there were no terrain standards to make events directly comparable. But for other games like Flames, that did have at least a common tourney format, I felt that the rankings were much more valid.