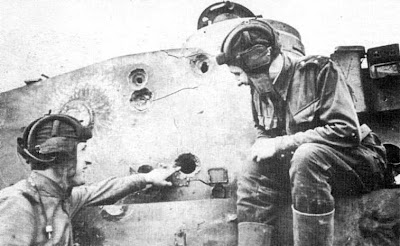 I had a fun game vs. BlueMoon (formerly Blackshirt) tonight. The 'Ard Boyz semi-finals are just over a week off and GW finally posted the scenarios for the next round. So we rolled up one of the missions and played a full 2500 pt. game. We wound up playing the first annihilation scenario.

In the name of pre-tourney secrecy I won't go into the details of the lists we used or the tactics we employed, but I did take some pictures for you to enjoy. Large games like this are quite a spectacle. 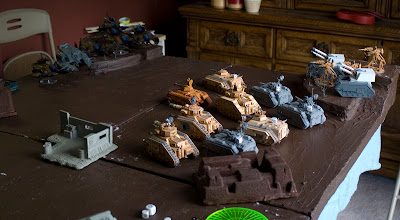 Yep, that's 14 IG armored vehicles on 6 Eldar ones. And I still had 3 more in reserve! 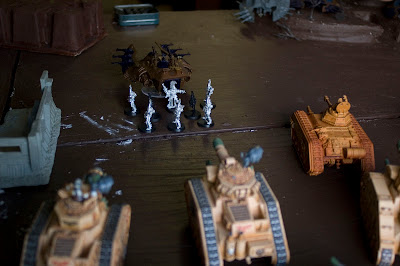 Uh oh, the Fire Dragons are out! Get the flamers ready boys! 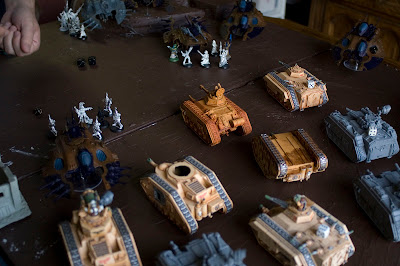 One Russ down and another headless! Note that Eldrad is walking from the table edge after the Hydras wrecked his ride on the first turn. :) 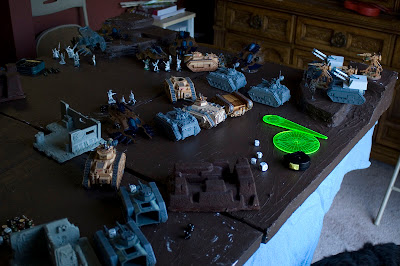 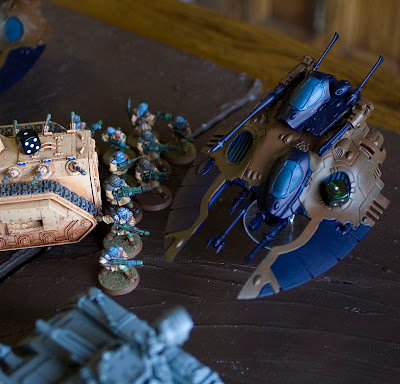 Three Meltas at point blank range. Two Miss and the third only shakes him. Gar! Where's a Commissar when you need one? 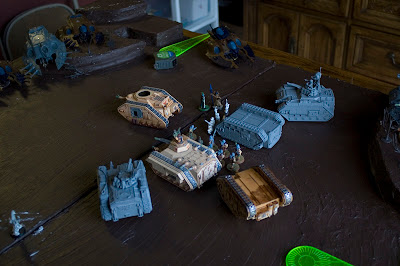 Eldrad's unit finally reaches the battle and dies to flamers + massed lasguns. The other Seers laugh at him before butchering my Vet squad. 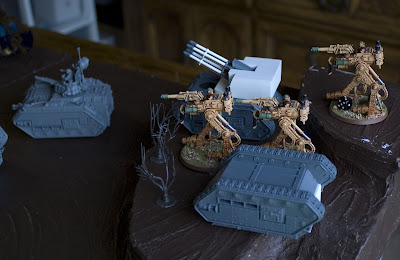 A Falcon manages to take out a Hydra with a ram, but explodes when he hits my Sentinels. It must be the paint job that saved them. :) 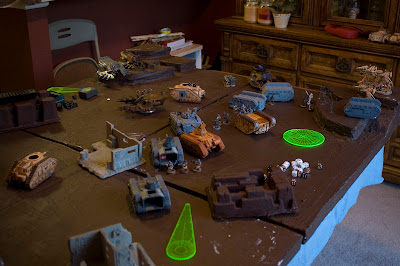 It's turn 4 and I suddenly remember that I still have Marbo and 2 units of Stormies that I haven't been making reserve rolls for. Gar! In my defense, I was up half the night comforting a sick two year old. I think I've slept maybe 15 hours in the last 3 days. :) 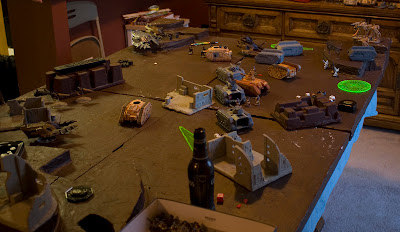 It's the middle of turn 4 and... OMG! All three Sentinels are still alive! I guess Hydras are way more scary. :) 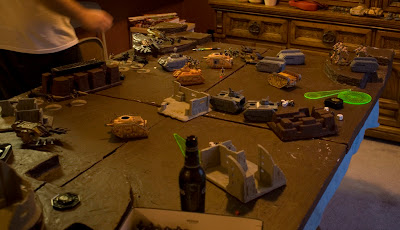 The end of Turn 5. I forgot to take a picture at the end of turn six, but he had only one immobilized tank left at the end, while I still had 6 tanks and 3 Sentinels. BlueMoon won it on KP though, 24 to 17. In a regular annihilation mission, it would still have been something like 13 to 11 in his favor.